Published in Inside Supply Management
By Dan Zeiger

Bobbleheads are a proven attendance and business booster for professional sports teams, and one manufacturer turns concepts into collectibles with the help of a highly adaptable supply chain. 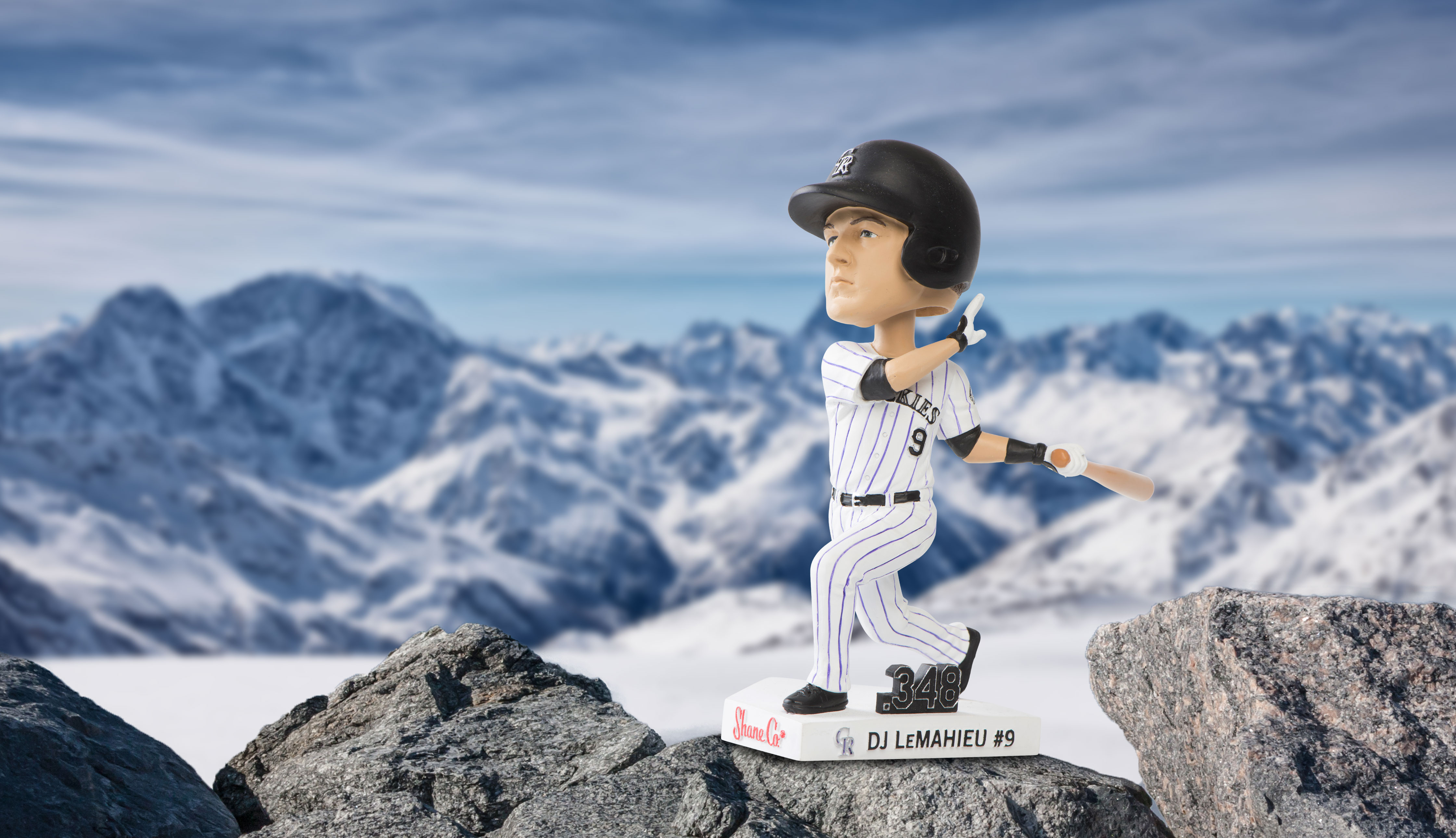 As a supplier of bobbleheads to Major League Baseball (MLB) teams, merchandise agency BDA occasionally encounters the supply chain equivalent of the bases loaded with two outs in the ninth inning, needing to come through in the clutch. BDA's (Bensussen Deutsch & Associates, LLC) business is promoting iconic brands,  including through sports stadium giveaways in which the product is not destined for a store's shelf, but designed to enhance a fan's game experience. Such products  as bobbleheads — a "three-dimensional ad," as BDA COO Rob Martin puts it, aimed to turn a ticket buyer into a repeat customer — can face a variety of curveballs  like design changes, port delays, impromptu repainting or truck breakdowns to meet a team's narrow delivery window at a stadium. However, as a producer of 4  million bobbleheads a year, Woodinville, Washington-based BDA is well-aware of the risks and is rarely caught by a supply chain surprise. And the reward is the 15-
to 30-percent spike in attendance teams often receive for such giveaways as well as the repeat business for BDA, which has expanded its bobblehead roster beyond major-league players to include those of movie superheroes and cartoon characters. "It's a product that's different from others in that it has the ability to drive a customer or a target audience to an emotional connection because there's a physical appeal to it," Martin says. "Other traditional advertising mediums don't have that kind of collectability — you don't collect TV commercials or radio spots. ... That fan at the gate, in some cases, has been waiting hours in line to get a bobblehead. So, when it gets in his or her hands, it strengthens the emotional connection."

A successful bobblehead promotion isn’t possible without a seamless procurement process; it’s bad business for a team to announce that bobblehead night has been postponed because of a supply chain breakdown. “The word we use is ‘perishable,’” Martin says. “The bobbleheads have a shelf life of (the giveaway’s) date. So,  everyone along our supply chain, whether in the order process, design, production or logistics, stays in constant contact with the client. And sometimes, we have to do the seemingly impossible, getting 10,000 bobbleheads across the country in 48 hours in some expedited fashion. It can be a remarkable process.”

Baseball bobbleheads have come a long way since the vintage ceramic edition with the generic, blue-eyed boy. In the 1960s, there were occasional custom models for such superstar players as Willie Mays and Mickey Mantle, but bobbleheads didn’t take off until the late 1990s, when MLB teams, as well as franchises in other  sports, determined that sculpted, spring-necked fi gurines of players were attractive bait to bring people into stadiums. “Bobbleheads have been an unbelievable  phenomenon in baseball,” John Morrison, then a branddevelopment executive with the Chicago Cubs, told Adweek magazine in 2016. “The historic nature of the sport ties back to old-fashioned bobbleheads. It’s a promotional item that’s survived decades. There’s a collectability factor, and teams have the opportunity to add subtle elements or details that resonate with fans.” Today’s baseball bobblehead creative teams strive to be as close to a player’s likeness as possible, from facial features
to hairstyle to swing and throwing motions. When BDA was commissioned by the Colorado Rockies to create a bobblehead honoring infi elder D.J. LeMahieu for leading the National League in batting average in 2016, designers broke down game footage to find a frame that best depicted LeMahieu’s swing. That began a design and production process that typically takes about six months, though Martin said that can be shortened to three months under some circumstances, like if a pitcher throws a perfect game and a team wants a bobblehead to commemorate that achievement later in the same season.

After input from BDA designers, the team and especially the player, a concept design is reached, and it’s sent to one of BDA’s four factories in China for sculpting.  “Then, the iterations go back and forth (between BDA and the team),” Martin says. “There are requests for changes, like, ‘The hand location or face doesn’t look quite right. Can this leg be shortened?’ When we get a working sample, we can start with the molds.” In April, the Washington Nationals gave away bobbleheads in the likeness of Juan Soto, a young, slugging outfielder. The bobblehead portrayed Soto swinging a bat, with a determined look on his face. Soto wanted his bobblehead smiling, feeling that better fit his personality, and his wish was honored. Lindsey Norris, director of promotions and events for the Nationals, told NBC Sports  Washington (NBCSW), “Once we get that mold exactly right, everyone’s happy internally, the player’s happy, the (supplier is) happy. … It’s just getting it just right. We want to make sure our players are happy with the piece as well as the fans.”

From Factory to Ballpark

With BDA’s production in China, the company has been in regular contact with clients regarding tariffs, but Martin says there has been no reduction in order volume. “There’s never going to be any kind of enthusiasm for cost increases, but we understand that’s the reality of the global marketplace right now,” he says. Bobbleheads arrive in containers at ports around the U.S. BDA has distribution centers in Woodinville and Plainfield, Indiana, as well as third-party warehouse space in Southern California. But bobbleheads are not idle for long. Many shipments — after random samples are quality-checked — are scheduled to leave a port on a truck or train for the trip to the stadium. Since most sports facilities lack the space to store thousands of bobbleheads, teams request delivery the day before or morning of giveaway day. “When you’re dealing with windows as tight as ours, we can’t have ave trucks that are contracted (with other shipments) to be deviated or directed elsewhere to  deliver another product before ours,” Martin says. “So, we’re seldom in an LTL (less-thantruckload) situation. We’re dedicated content, and we’ll put GPS units so we can track it literally from the minute it leaves the yard with the 3PL (third-party logistics) partner. We’re always on the phone with the team’s marketing department and the stadium logistics folks, with updates on where the truck is how many hours until it arrives.” Finding a replacement truck after a breakdown is not uncommon,  but Martin says the company’s biggest logistics headache occurred when Asian gypsy moth larvae were discovered on a ship containing bobbleheads for an East  Coast team. The ship was quarantined at the Port of Long Beach, California, and BDA feared that it would have to exercise a force majeure contract clause. “But just before we thought we were going to run out of time, they released the ship to dock and made the product available to us,” Martin says. BDA worked with its 3PL  partners to expedite palletizing and trucking — and got the bobbleheads across the county and to the stadium on time. “It’s our job to work scenarios and see an order through, doing what it takes to get it there when it needs to be there,” Martin says. “The clients never knew about it, and we didn’t pat ourselves on the back in  front of them. It’s more important that they aren’t impacted by something we were sweating behind the scenes.”

Each bobblehead is hand-painted in China, and Martin says that the humidity can slow the drying process to the point that a shipment isn’t ready for its scheduled departure. A bigger moment of truth, however, is when the bobbleheads arrive in the U.S., when they undergo a quality check to ensure they have met the  team’s design specifications. For example, baseball uniforms are considered sacred garments; a team won’t tolerate an inaccurate color shade or script lettering — even on a bobblehead. “Sometimes in the paint stages, we’ll catch things like, on the Nationals (uniform), we have the tiny blue and red stripes,” Norris told NBCSW.  “We get those details. That’s where we paint those on, literally. … (We want) the skin tone right. I sit there with my Pantone book and I’m matching colors all day.” Martin says that BDA has a team of artists ready to touch up bobbleheads. Also, the glue holding the spring in place sometimes does not withstand the heat of a  shipping container, meaning the bobbleheads need to be removed from their boxes and re-glued. The payoff to such attention to detail, Martin says, comes when long  lines form outside stadiums on giveaway day. The bobblehead for LeMahieu (who now plays for the New York Yankees) helped the Rockies enjoy a 36-percent  attendance increase over the same day the previous year. BDA has licensing agreements with Marvel Comics and Hollywood studios, enabling the company to create bobbleheads depicting players as superheroes or movie characters. In June, the Nationals distributed a bobblehead of relief pitcher Sean Doolittle as a “Star Wars”  character: “Obi-Sean Kenobi.” Such promotions help baseball attract fans who otherwise might not attend a game, Martin says: “It appeals to the kids on one side of  the school cafeteria who are into comic books and superheroes, as well as the kids on the other side who love and play sports.” This month, MLB is staging its  playoffs and World Series. A champion will be crowned, and player achievements will be celebrated. Some will likely be commemorated on a bobblehead in 2020 —  another season in which BDA will turn concepts into collectibles. “In the end,” Martin says, “it’s about ensuring the fan experience is exactly what the team envisioned  when it signed up to do the promotion with us.”