Published in Forbes
By Carol Schram 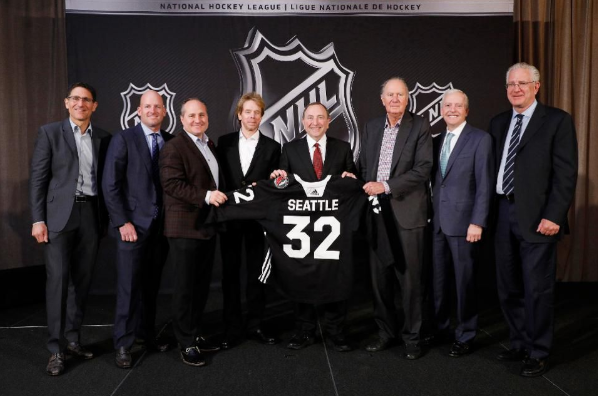 He isn't as well known as some of his fellow NHL Seattle owners, but Jay Deutsch brings 35 years of sports marketing expertise to a group that's promising to bring a premium experience to fans in the Pacific Northwest.

The CEO and co-founder of branded merchandise agency BDA, Deutsch was on hand in Sea Island, Georgia with fellow owners David Bonderman, Jerry Bruckheimer, David Wright, Adrian Hanauer and Len Potter, along with NHL Seattle president and CEO Tod Leiweke, when the NHL's board of governors officially announced on December 4 that it had voted unanimously to approve the league's 32nd franchise.

"It was a top 10 business thing I have ever done," said Deutsch of the experience. "It was really cool.

"They hold the vote and then (NHL commissioner) Mr. Bettman said, 'We'd like to have you come in.' You go into a room with all 31 other teams and owners and then we were given the word that it was a unanimous vote, 31-0. Welcome to the NHL.

"There was a big round of applause and everyone got to shake everyone's hand and greet them. I think, as excited as we are to join a fabulous league, they were excited to have us. That felt really good."

Seattle's addition as an NHL city caps off a Western expansion plan that was telegraphed when the then 30-team league changed its structure in 2013, going from six five-team divisions to four divisions of seven or eight teams. The shift was triggered in part by the 2011 relocation of the Atlanta Thrashers to Winnipeg and left two fewer teams in the Western Conference after the Detroit Red Wings and Columbus Blue Jackets moved to the East.

The Vegas Golden Knights filled one open slot in the West when their expansion bid was accepted in 2016. Seattle will balance the four divisions at eight teams each when it starts play in the Pacific Division in 2021-22.

The NHL Seattle group had originally targeted a 2020 start date, with a possibility of starting the inaugural season on the road while their estimated $800 million renovation of KeyArena was completed. Deutsch says the group is now happy to have some extra time to prepare. 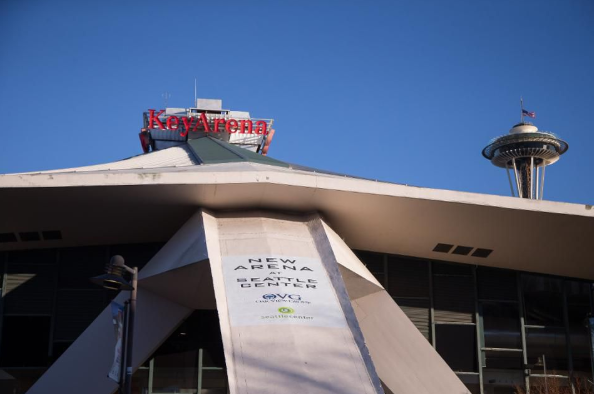 SEATTLE, WA - DECEMBER 05: A new sign hangs on the arena that will be rebuilt for the NHL during the Seattle Center Arena groundbreaking ceremony on December 5, 2018 in Seattle, WA. (Photo by Christopher Mast/Icon Sportswire via Getty Images) GETTY

"We came back from Sea Island and celebrated for maybe 12 hours, then we broke ground the next day," he said. "Maybe we had time to take a breath."

"It was going to be an absolute, complete sprint to get to 2020. We're not slowing down. We didn't really buy 12 months; we really only bought maybe six months. The team is focused on still moving at the same pace, but what we're now afforded is to be a little more thoughtful and a little more organized."

With opening night more than two and a half years away, the timeline for the Seattle team's rollout will be very different from the Golden Knights, who formally received board of governors' approval on June 22, 2016 and played their first regular-season game on October 6, 2017, barely a year later. One big difference — arena construction in Las Vegas had begun in 2014 and was already underway when businessman Bill Foley began speaking with the league about pursuing an expansion franchise later that year. T-Mobile Arena was open for business by April of 2016.

From rumor to reality, a steady stream of news surrounded the Golden Knights, starting with the successful season-ticket drive and rolling through the official franchise approval, hiring of the management team, unveiling of the team name and logo, player signings and expansion draft speculation.

"I think initially, the ownership group — we wanted 2020 because we wanted to keep (similar) momentum," Deutsch said. "I think what took the day was to do it 100% right.

"We were already contemplating that we were not going to open the season in our building. Was there a chance of us not having the practice facility ready for our players to come in and gel and bond?

"What we're trying to do is to make sure that the community knows that we are all in. We were initially disappointed that we couldn't start as fast as possible, but we are all completely resolved and excited to do it the right way. I think for the fans — it's a short-term loss for a long-term gain."

One of several Washington-based businesspeople who have joined the NHL Seattle ownership group, Deutsch has decades of experience working with all the North American major leagues and their individual teams, including the NHL, on branded products, giveaways and other special projects.

"I was 16 when I started this in 1984, with a license to do Seattle Seahawks sweatshirts up in Alaska," he said. "That's what birthed my company 35 years ago now. Sports are my absolute passion, but are also at the core of my business.

As the first major professional sports team in Las Vegas, the Golden Knights were able to capitalize on a first-mover advantage. With the Seahawks, the Sounders, the Mariners and a strong college presence with the University of Washington Huskies, the Seattle sports landscape is far more crowded. Deutsch believes that the region's deep passion for sports will also lead to NHL success.

"Born and raised in Seattle, I can tell you that we're an amazing sports city. There's Seattle and there's the overall region that considers ourselves Seattle. We are so excited about our sports.

"I think even we were surprised — delighted, but surprised — when we opened up the season-ticket drive," he added. "It took Vegas months to get to a sellout. It took us basically less than a day to sell out. We sold 12,000 tickets inside of six minutes and then we had to stop after a day and cap it.

"That's unheard-of in any sport and in any city bringing an expansion team — that kind of outreach on a season ticket drive, without (even) showing a picture of the new stadium."

The lingering bitterness in the region over the 2008 loss of the NBA's Seattle SuperSonics to Oklahoma City should also help draw fans to hockey, Deutsch reasons.

"I think there's a great hole in winter sports here in Seattle. You've got the Seahawks ending their season but when the Sonics left, there's a void. I think that our region is so excited — and you're going to see that the real key to having success is to make sure that the fans in the Northwest are deeply rooted and feeling good about this time. That's what this ownership is committed to doing."

How much thought has gone into bringing the NBA back to Seattle?

Deutsch was recruited for the NHL Seattle ownership group by team president Tod Leiweke, whose deep sports roots in Washington state include a stint as CEO of the Seahawks between 2003 and 2005.

"I've known Tod for 28 years and been a dear friend and a close confidante of his probably for the last 12," said Deutsch. "When he called me and said 'What about hockey, would you do this?' You can't refuse Tod.

With his background in branding, Deutsch says the ownership group continues to look outward as it works to settle on the right name and logo for the team.

Deutsch wouldn't offer up any hint of when the name and logo will be unveiled.

"I think the key thing for us is that we want to get it right. It's going [to] be our largest asset, which is our brand, and we're taking it very seriously."