Back in 1995, BDA was just beginning to work with professional baseball teams across the country, in addition to being an official partner of Major League Baseball. This unique vantage point helped BDA realize the opportunity to bring together representatives of each team to collaborate and share best practices. Never one to miss an opportunity, BDA created 'Think Tank', a one-of-its-kind, multi-day conference of mind share, cooperation and relationship building for MLB teams.

Think Tank is the best place to share ideas - it's an incubator of knowledge across leagues. 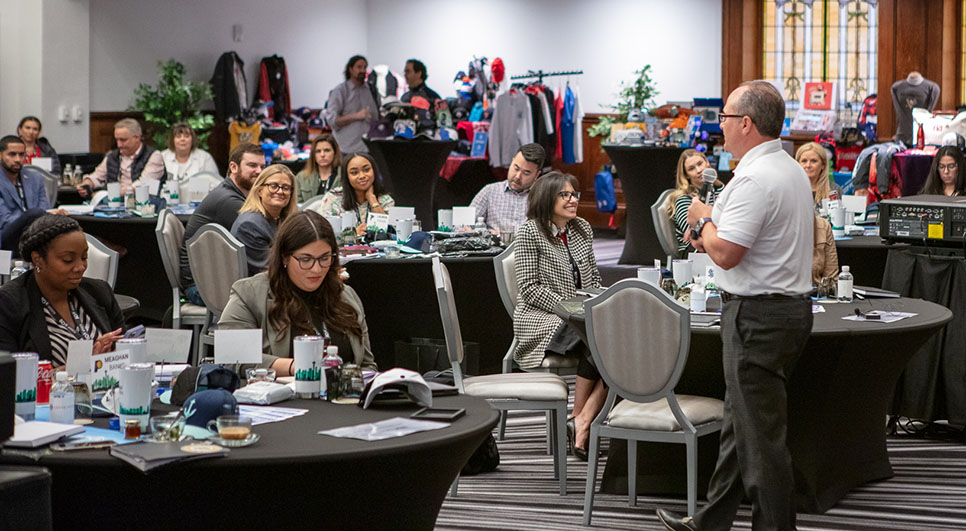 Over the last 26 years, Think Tank has grown beyond just baseball and beyond just team employee participation. BDA took the success of the MLB version of Think Tank and expanded it to create individual Think Tanks for the NFL, NBA and NHL. Along the way, employees from the league offices started to attend the events as a way to work closer with their teams.

As both the promotional merchandise platform–and the partners who are activating in that space–have evolved, BDA has evolved alongside them.This continued growth has helped bring many of the company's exclusive branded partners to the conference as well as to collaboration with their sports partners. In addition to the learning and sharing, there is one key ingredient that has always been a part of the Think Tank formula: FUN! Cultivating relationships is crucial to success in the industry, which is why it has been essential for Think Tank to create a entertaining environment that encourages people to truly enjoy each other's company. This approach has led to incredible relationships spanning teams, league and beyond. 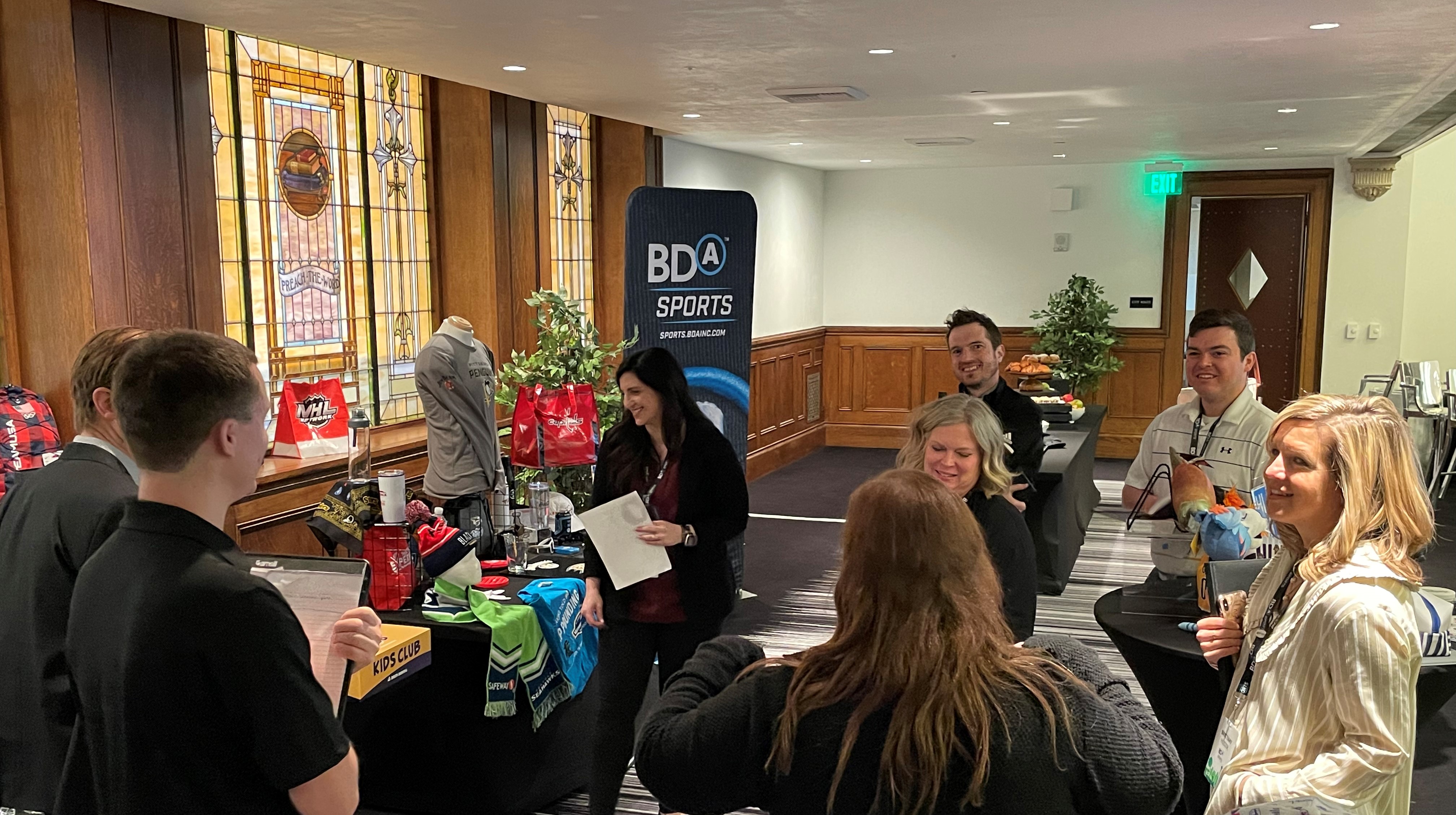 Today BDA's unique vantage point as an official league partner with the NFL, NBA, NHL, MLS and MLB, as well as with the teams within those leagues, has brought to light another beneficial opportunity for those partners, which manifested in BDA's largest Think Tank idea ever, bringing teams from four different leagues to the same place at the same time to share, learn and have fun together.

The 2022 Think Tank took place in Seattle and included presentations on strategic storytelling, intentional gifting and an inside look into the Washington Commanders brand relaunch. It featured speakers from Marvel TV & Entertainment, the Arizona Cardinals, the Nashville Predators, Atlanta Hawks and more. Participants also had a chance to see the Seattle Kraken take on the Vegas Golden Knights at Climate Pledge Arena, tour The Lair retail store (powered by BDA), and hear from Kraken CEO Tod Leiweke on the growth and strategy of the Kraken brand. 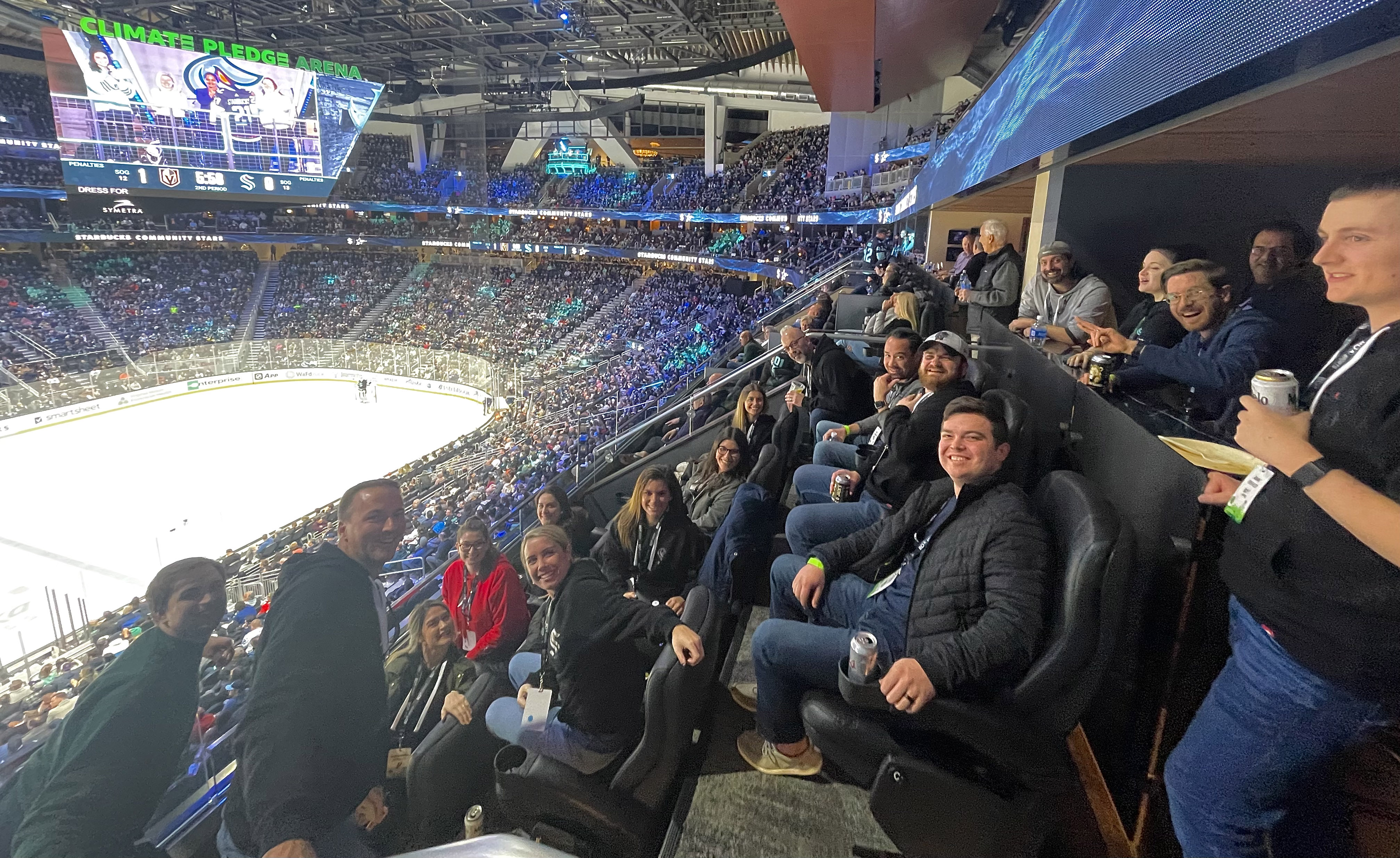 As the branded merchandise platform continues to evolve, so does the way BDA helps their partners grow and learn about the space. This is in line with BDA's commitment to be a partner and expert in the merchandise space, instead of just a vendor.

What I've really been impressed with at Think Tank is that it's not just about the business aspects of it, but it's also the socializing. That's how you really get to know people and that's when you find the people you really want to work with.