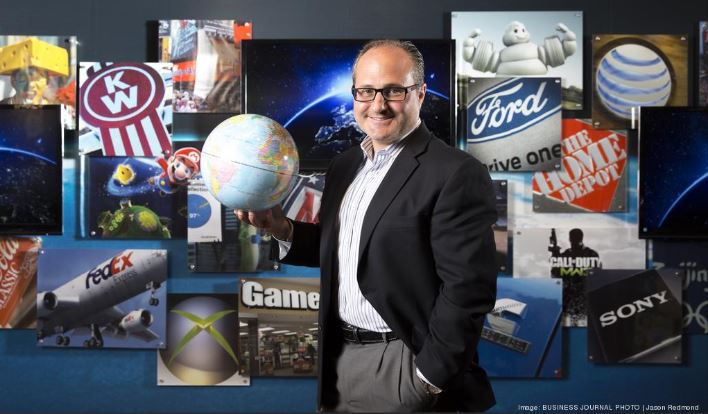 Bettman will preview the suite sales plan and tour the fan experience center, which is being set up at the Pacific Science Center to market suites, Deutsch told the Business Journal.

"There's been high demand for suite opportunities, so commitments have been made already, but our first push is when we open the experience center," Deutsch said in an interview at the Woodinville headquarters of his sports merchandising company, BDA (Bensussen Deutsch & Associates). "Everybody's surprised by the interest we're getting right now."

Deutsch declined to share any information about the number of suites on sale and their actual cost, saying the price tags will vary and depend on its location in the arena, size and amenities.

"If you're going to have a world-class arena, you have to have a world-class suite experience and that's what the team is laser focussed on right now. From design, to materials, to the view, the group has done a terrific job," Deutsch said, adding that not all details have been finalized.

"Well, I've bought one." — Jay Deutsch, co-owner of Seattle's NHL franchise on whether suites have already been sold for the team's inaugural season in 2021-2022.

Corporate suites are a major source of annual revenue for NHL teams, and ownership options can include access to the suite for major concert and show events.

NHL Seattle has hired Rockwell Group, led by architect David Rockwell, to work in partnership with Populous, the lead architect on the arena renovation project, to provide architecture and interior design services for the arena's suites and four club areas.

Kansas City-based Populous is a global designer of leading sports and entertainment venues.