While there’s no wrong way to show your Kraken fanhood, Seattle hockey fans now agree that there is a best way. The new Seattle Kraken Store at Chandler’s Cove was named Best Place to Get Your Fan Gear by Seattle Magazine in its December Best of 2020 issue.

Seattle is the best sports city in the world, with hands down the most passionate fans anywhere. Mariner, Seahawks, Sounders and Storm fans have set the standard across sports, and nobody - and we mean nobody - knows hockey like Seattle fans. That's why whether they need a Kraken jersey, a Kraken hat or a Kraken towel, when the best fans need to show their fandom, they turn to the Seattle Kraken Store.

Last year, BDA CEO and Seattle Kraken minority owner Jay Deutsch talked about the launch of the store and its record-breaking sales with the Puget Sound Business Journal, saying:

"(The fans) love the Kraken. I think we just love our city and we love our sports. There's this deep-rooted loyalty. We're a glass-half-full kind of city. We love to bond together. Our sports have done that."

Thanks to all the Seattle fans who named Seattle Kraken Store their best place to get Kraken gear! 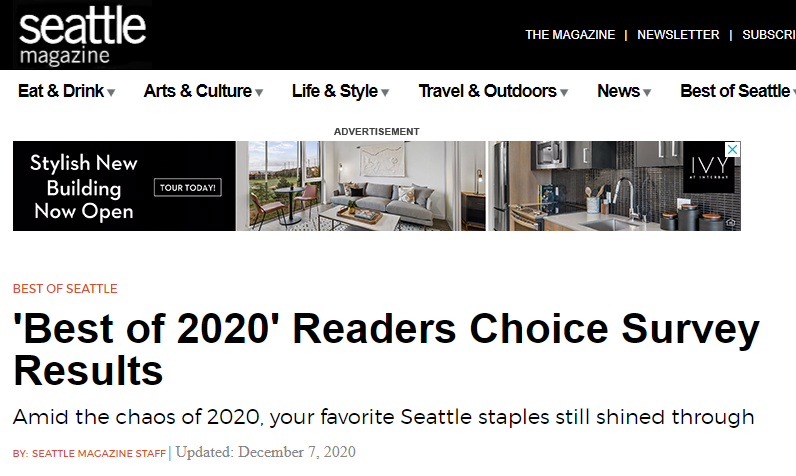