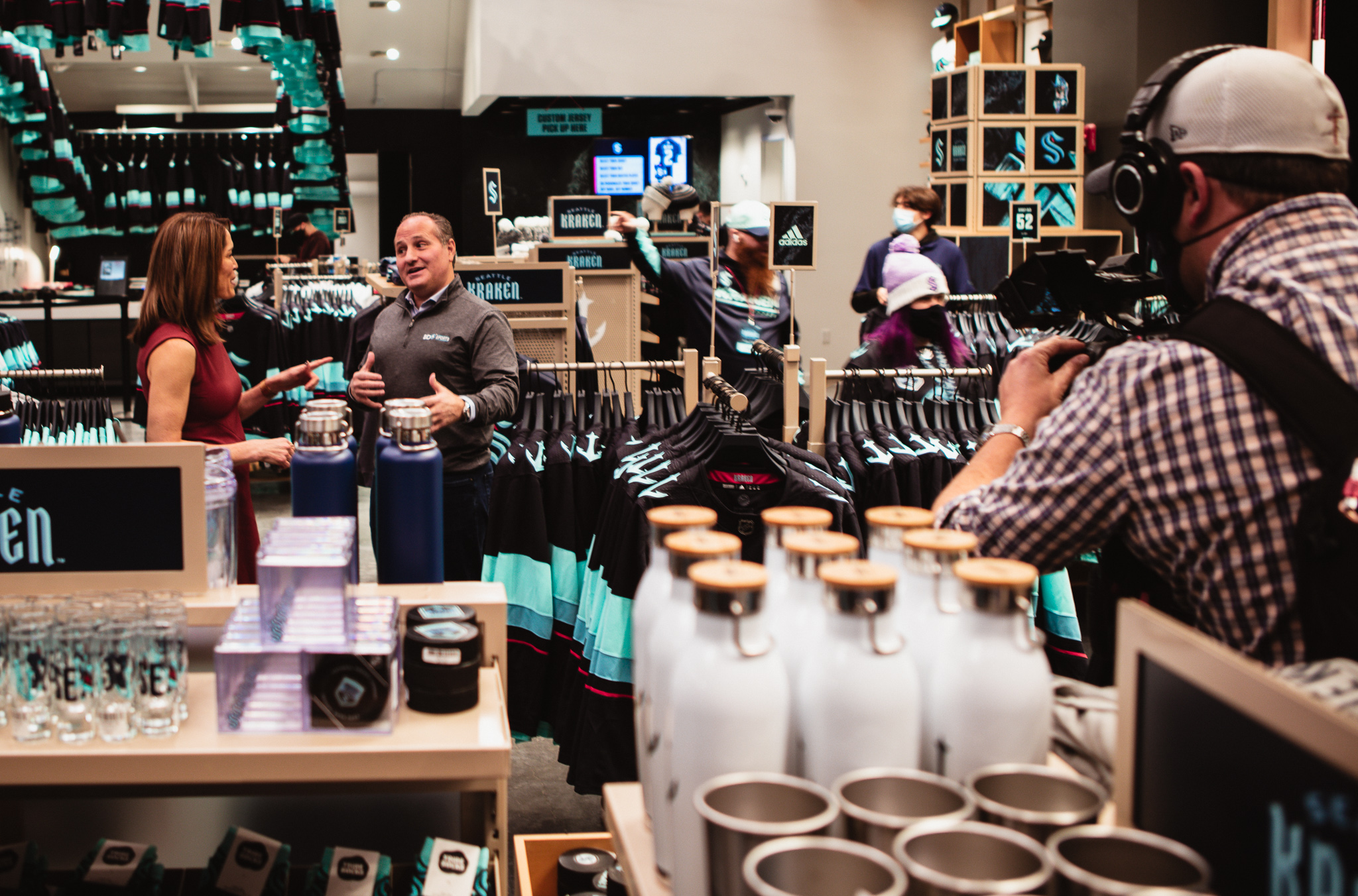 SEATTLE -- You can't go anywhere around Seattle right now without seeing someone wearing Kraken gear. From hats to hoodies to hockey jerseys, that "S" has turned into a fashion statement.

One of the hottest stores in Seattle right now has people lining up dozens deep and jockeying for a spot at the cash register.

They call it The Lair. The king of this lair is Jay Deutsch. Deutsch is CEO and co-founder of Woodinville based merchandising company BDA. He had to compete against other companies for the rights to sell all things Kraken, even though he's also a co-owner of the team.

"There's a lot of pressure from my co-owners," Deutsch said. "But their pressure isn't, what are we selling from a dollar standpoint. At all. Theirs is, are we doing the right things for the fans."

Judging by fan reaction, that's a yes. In the first five days of jersey sales, ESPN reports the Kraken set a new NHL record, blowing right past the debut of the Las Vegas Golden Knights.

Deutsch credits the colors and the logos but says much of the popularity comes from the Kraken's image off the ice.

On home opening weekend, sales in Seattle alone hit the million dollar mark. "Most people in the sports world were like, 'are you serious?' Because that's unheard of," Deutsch said. "Demand has been unbelievable. And supply chain issues, now everyone's heard about them. We went as deep as we could in getting and locking up the supply chain for what we thought demand was going to be."

There have been surprises. Deutsch expected the traditional male hockey fan to be the main buyer. But women are driving the biggest sales. "Women's response has been off the charts," Deutsch said.

And there's the twist in collaborations. BDA is putting the Kraken logo on Northwest brands like Lululemon and Filson. "We weren't sure if fans were going to go, is that a natural tie in? It's exploded here," Deutsch said.

BDA is responding to requests for more Kraken gear for pets and for kids. In jerseys, goalie Phillip Grubauer remains the top seller. And it won't be long before one more team member is represented here.

Like the rest of this newly built brand, Deutsch teases, "it will surprise and delight."

"We're all about the fan," he said. "I hope the community feels that, because it is such an important part of what we're doing everyday." 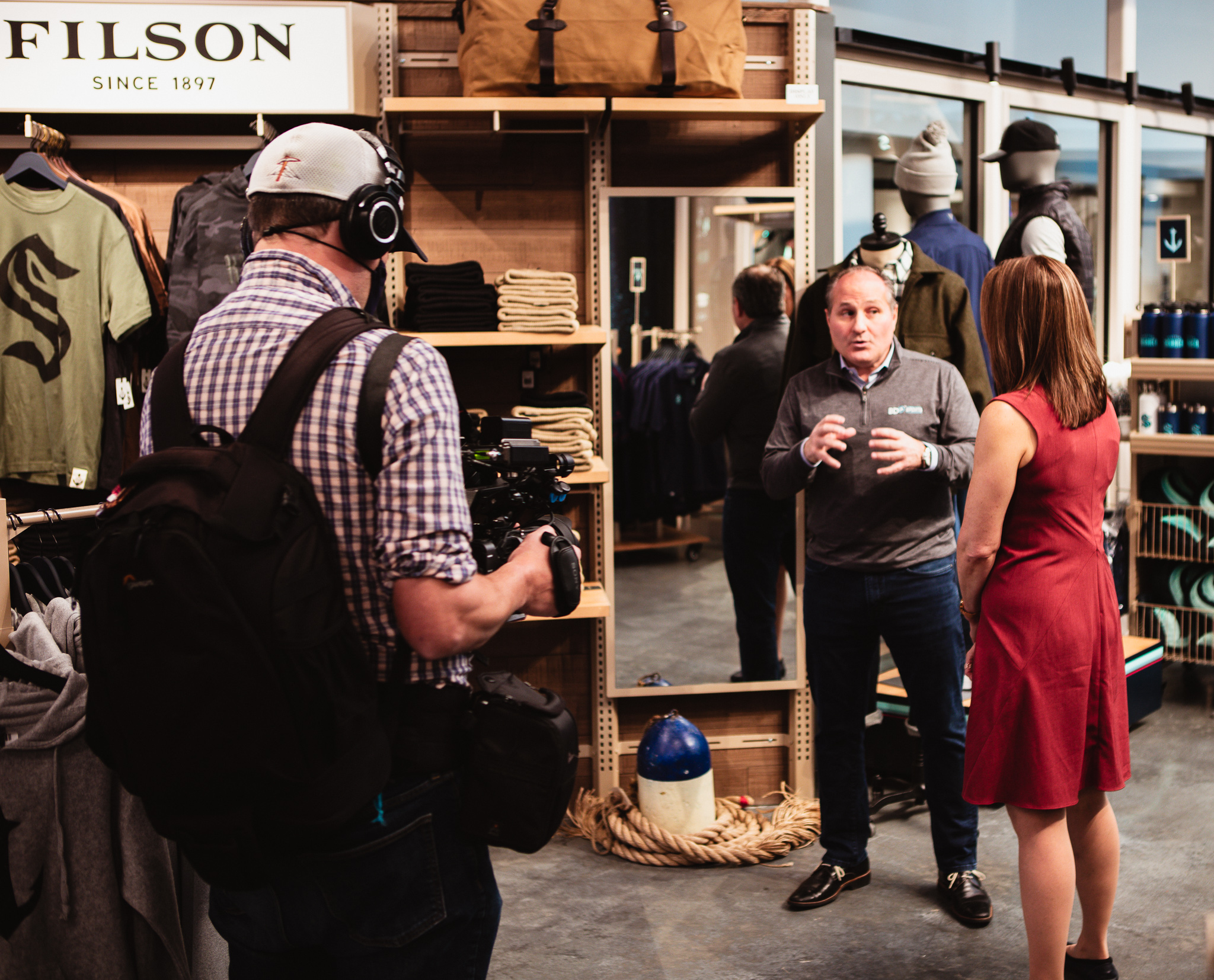