Published in The New York Times
By Victor Mather

Coming Next Year to the N.H.L.: The Seattle Kraken

The team's new name and logo reference a mythical sea monster that has taken on popular appeal in recent years. It is already being met with cheers. 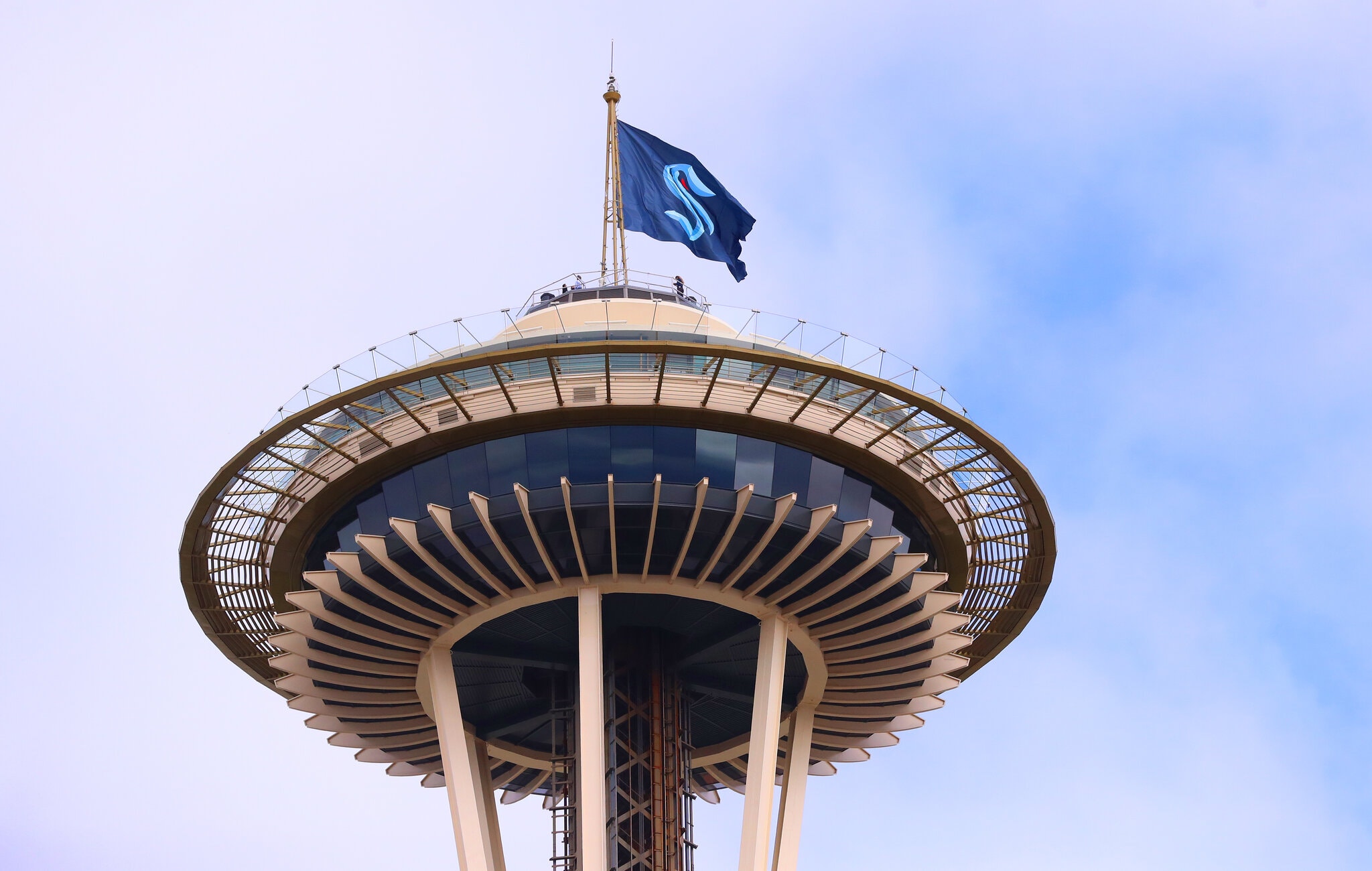 Now it's really official: The Seattle Kraken team flag was hung from the top of the Space Needle on Thursday. Credit: Abbie Parr/Getty Images

Seattle's expansion National Hockey League team will be known as the Kraken.

The team unveiled the name on Thursday along with the new logo, a stylized blue "S" with an intimidating looking red eye.

"We have not defined what the kraken looks like, but you know it's there from the eye," said Jay Deutsch, a co-owner of the team, in a telephone interview. "The kraken is watching."

A kraken is a legendary sea monster of Norse mythology. Its use in English dates to the 18th century and it is mentioned by the poets Alfred Tennyson and Henry Wadsworth Longfellow and in Herman Melville's "Moby Dick."

In modern times, the beast is mainly known from the often memed quote "release the Kraken" uttered by Liam Neeson in the 2010 film remake of "Clash of the Titans." The team says that exhortation will appear on team apparel.

"Most of all, what jumps out is the dual turbine power of both the name and the deep, rumbling Puget Sound waters," the team said in a statement. "Visiting teams beware."

The blue color in the logo is not too far removed from that sported by some other local pro teams. "If you're from Seattle, you think blue and green," Deutsch said. "Like Pittsburgh is black and yellow."

The Kraken will face off for the first time in the 2021-22 season, playing at the former home of the N.B.A.'s Seattle SuperSonics, still most familiar as Key Arena, but now named Climate Pledge Arena. That name was chosen by Amazon, which is redeveloping it and hopes to power it exclusively by renewable energy.

In the run-up to the announcement, speculation centered on both "Kraken" and "Sockeyes," a type of salmon abundant in the region. Deutsch declined to say what the runners-up were.

Though this is the first N.H.L. team in Seattle, the region does have a history with hockey. In 1917, the Seattle Metropolitans of the Pacific Coast Hockey Association became the first American team to win the Stanley Cup, in the years before the tournament became exclusive to N.H.L. teams. They made the final again in 1919, but the event was halted before a winner was determined because of the Spanish flu pandemic. The Metropolitans folded in 1924. 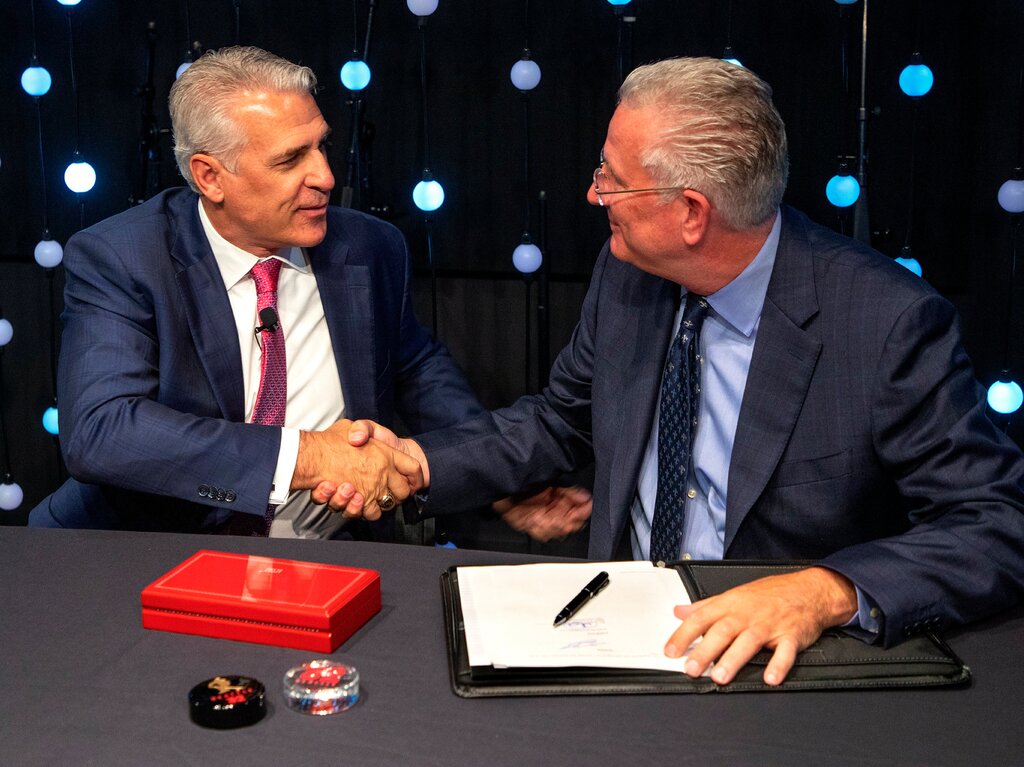 Seattle was tentatively awarded an N.H.L. franchise to be known as the Totems in 1974, but the deal fell through after economic trouble for the ownership group.

Since 1977, the city has been home to a minor league team, first known as the Seattle Breakers and later the Thunderbirds, of the Western Hockey League.

The Kraken will be the first addition to the league since the Vegas Golden Knights joined for the 2017-18 season. That team was an instant success, making the Stanley Cup finals in its debut season.

Seattle is also home to the Seahawks of the N.F.L., the Mariners of Major League Baseball and the Sounders of M.L.S. But the SuperSonics left town after 40 years in 2008, a bitter loss that left a hole in the city's winter sports schedule.