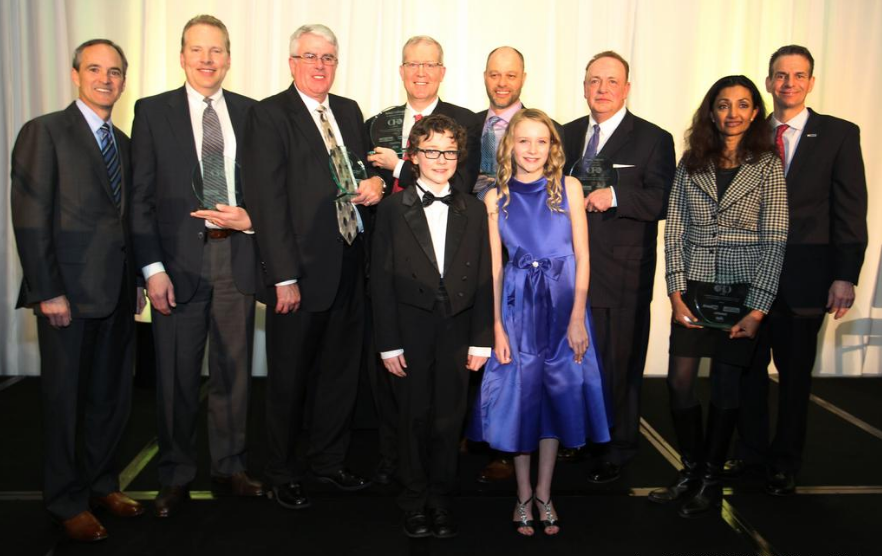 Two students from Washington Junior Achievement, Blair Coldrick and Gareth Black helped open the ceremony that included a video in which they interviewed the 2016 CFO of the Year winners.

Honorees then took the stage and shared details about their lives, including that Thomas had once played keyboard in a rock band and that Anderson likes to "race things."

Collinge shared a piece of advice he once learned from a mentor that keeps him humble: "One of my old bosses told me 'You're only as good as your last quarter,'" he said.

If they could have any other job other than CFO, Collinge said he would play baseball, Mehta said she would remodel homes and Thomas said he would have liked to be a film director. "As I'm standing here on stage today," he said. "I'm imagining this is the Academy Awards."

Like the Academy Awards, the winners each thanked their families and their teams. An emotional acceptance speech from Mehta talked about coming to the U.S. when she was six years old. "My parents had nothing," she said. "They have worked their tails off and built a great life and taught all of us kids how to do that." She also said she wanted to thank "all of the CEOs who didn't go with the conventional choice" when hiring her.