Bensussen Deutsch & Associates has packed its bags for a European adventure.

The Woodinville-based branded merchandise agency is expanding its operations — first in the United Kingdom, but with its sights set on other European cities where its major U.S. clients have a presence. 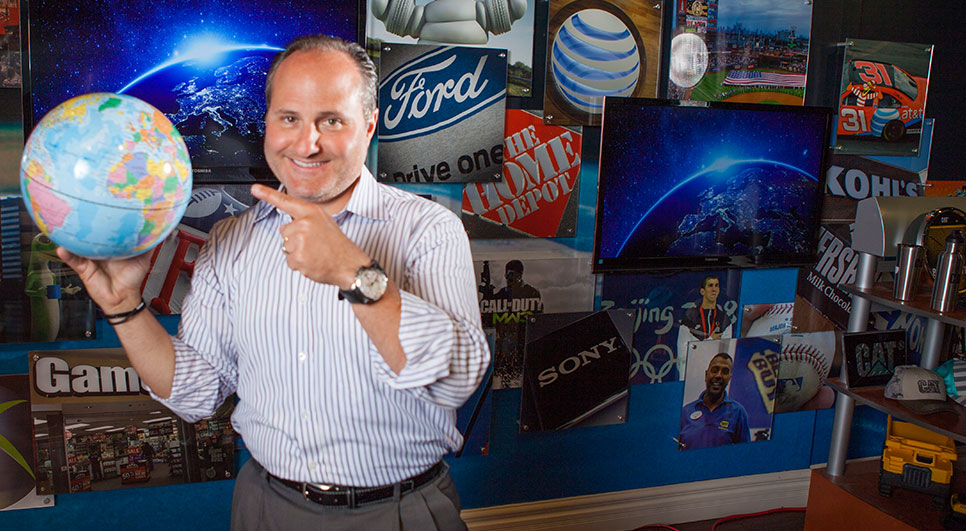 Jay Deutsch, CEO and co-founder of BDA, said the largest growth potential right now for the agency is through servicing its U.S. clients in Europe.

“The UK is a great starting point for that,” he said, noting the company’s London office opened with six employees and will have around 15 people later this year. “We’ll probably be expanding our footprint in Europe within a year.”

It’s not easy to find another agency that could just plug into the company that Deutsch and his childhood friend, Eric Bensussen, started when Deutsch was still a senior in high school and Bensussen was in college.

It was November 1984, the friends, who grew up two houses away from each other called the National Football League and pitched an idea that has forged a relationship that still exists today.

They had noticed that there were plenty of Alaska residents flying to Seattle to attend Seahawks games and buying Seahawks gear. They proposed a shirt with the Seahawks logo that said “Alaska’s Team.”

The NFL gave the duo the license that kick-started the company, and BDA continues its association with the NFL as licensing partner for all the league’s branded merchandise.

“What I love is that it all ties back to London, and it’s come full circle,” Deutsch says. “The NFL is going to grow significantly in Europe and we’ll help bring their brand to London.”

Having boots on the ground is important to BDA’s business model.

Rather than having a catalog where customers can order branded T-shirts, key chains and signage, BDA works with its Fortune 1000 clients, professional sports leagues and teams, and entertainment properties to provide branded merchandise as part of larger advertising and marketing strategies.

Deutsch and his team works with clients from Coca-Cola to Kellogg’s to identify and deliver the best way to reach and engage a target audience, whether that’s for a Fortune 500 company’s employee loyalty program in Nashville and the Netherlands, for example, or a brewery’s roll out of its latest promotion at bars and grocery stores in Los Angeles and Boston.

The marketing message and merchandise that works best in Seattle doesn’t necessarily work well in Boston. Amplify that sentiment when you try to take the message overseas where there are language and cultural differences.

“What you do in the United States might be different than what you do in London or Berlin,” Deutsch said, adding that it’s naive for an American company to dictate the best practices in another geographic region.

“You have to know what’s going on there,” he said.

BDA’s customers are expanding heavily into the European market and also the Middle East and Africa. With BDA shops in cities where its clients are, Deutsch hopes to see his company benefit from that growth, as well.

Customers needed BDA to be what Deutsch calls “glocal” — both global and local — to provide one global platform for their needed everywhere but the ability to leverage those best practices in a local setting, understand the buying psychology of the area and mitigate risks in each location.

The boots-on-the-ground strategy has worked for BDA, so far.

While 250 employees work from the Woodinvile headquarters, 200 more are spread out in offices in 30 U.S. cities and two offices in Asia, where they monitor quality and manufacturing of licensed merchandise.

In 2015, Deutsch confirmed the company had revenue of about $350 million. Advertising Specialty Institute reported that BDA ranks No. 4 in the country among distributors with $275 million in North American promotional product revenue last year.

The majority of BDA’s expansion over the years has been organic, but it’s had some infusions of cash to help it along the way.

The promotional merchandise and distribution industry is a fractured one. U.S. industry research group IBIS World in its Promotional Products Market Research Report says that 24,689 businesses in that industry split revenue of around $21 billion a year.

Deutsch said he expects the majority of BDA’s expansion in Europe will at least start with a core nucleus of BDA employees who understand the way the company does business opening offices there and hiring.

Number of employees: 250 at headquarters, 465 worldwide