Constellation Brands Inc.’s Corona beer, long pigeonholed as a summer brew, is moving from the beach to the football stadium.

The beverage company is pushing to get more Americans to drink Corona during National Football League games, a realm dominated by Budweiser. To woo NFL fans, Constellation has boosted its ad spending, redesigned its cans and hired former coach Jon Gruden as pitchman. 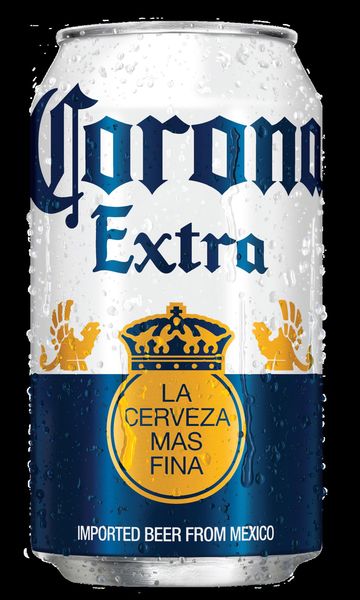 “It’s been a time period where we’ve actually gained share,” said John Alvarado, vice president of marketing for the Corona Extra brand. “We’ve gained share throughout the year -- even during football season, which is a very competitive space and time period.”

The push comes at a time when Constellation is relying more heavily on beer to fuel revenue. It agreed to buy craft brewer Ballast Point for $1 billion last year and reached a deal to sell its Canadian wine business to a pension fund this month.

Its Mexican beer brands, which also include Modelo Especial, Pacifico and Victoria, have been a boon to Constellation since it acquired full control of the portfolio in 2013. The products helped boost revenue in its beer business by 20 percent last quarter, prompting the company to raise its forecast for earnings this year. That performance contributed to the shares’ 17 percent advance so far this year.

But Mexican beer has a seasonal problem. While Corona’s reputation as a lime-garnished summer staple has helped drive sales, demand trails off in the fall.

The challenge is keeping Americans interested in Corona when the weather turns cold. Constellation’s football push includes increased advertising spending during Thursday, Sunday and Monday games, as well as partnering with merchandise agency Bensussen Deutsch & Associates to put life-sized bobbleheads of Gruden -- who has been working with Corona for five years and is currently a commentator on ESPN -- in about 4,400 stores across the nation.

In all, Constellation increased its national TV spending on Corona Extra by 10 percent this year. The company isn’t trying to change the beer’s image, though: Its fall promotional campaign bears the tagline “Find your game day beach.”

Another obstacle for Corona: People mostly drink it in bottles. That makes it less appealing to football tailgaters, who prefer aluminum cans. To fix the problem, Constellation designed a new Corona beer can to make it more palatable to fans. That format now accounts for 6 percent of Corona’s business, up from 2 percent when the design was introduced two years ago.

Budweiser still has a leg up in football marketing. It partners with 27 of the 32 NFL teams and is selling team-specific cans for the current football season. But Corona struck a deal to become the official beer of the Los Angeles Rams, claiming a foothold in a key Western market.

It also is pursuing spectators who prefer to catch a game at the bar with Corona draft beer, which became available in L.A. earlier this month. Within 10 days, the beer was on tap at more than 400 locations, Alvarado said.

But can Corona lure drinkers away from Budweiser and craft brews, which tout pumpkin and cider flavors? Alvarado thinks so, and points to the 17 percent increase in Corona’s sales in September to October 2015.

He also notes key consumer trends, such as millennials’ preference for higher-end beers -- $25 and up per case -- which helps Corona against Bud. The influence of Mexican culture and more ethnically diverse consumers are helping the beer as well, said Michael McGrew, vice president of communications at Victor, New York-based Constellation.

Corona has an advantage in that it’s an import and is perceived as a more genuine brand than some larger rivals, said Allen Adamson, a brand consultant who has worked with clients ranging from Johnson & Johnson to Accenture Plc.

Corona’s brand strength isn’t in its summery image, but in its refreshing taste and the appeal of a “niche, Mexican beer,” he said.

“Corona has a fair degree of authenticity, and they’re going in with a strong brand,” he said.