Ballpark giveaways these days, for the most part, have become rather outstanding. Toward the top of the list for many teams are bobbleheads. This coming Sunday in Miller Park, the Brewers are going to be giving away a must-have bobblehead for any Brewers fan with an appreciation for franchise history. 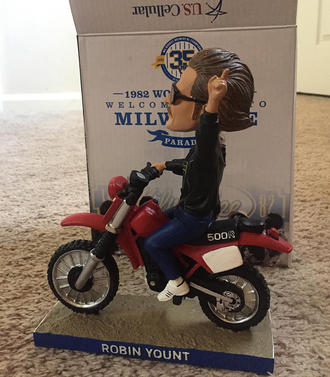 Many stadium promotions go to the first 10,000 or 15,000 or 20,000 fans. This Yount giveaway at Miller Park will be for all fans on Sunday. In conjunction with U.S. Cellular, the Brewers have produced 37,000-plus bobbleheads to give away at the game on Sunday versus the Diamondbacks -- a rematch of the 2011 NLDS -- will come away with quite the keepsake.

Yount on the motorcycle is famous among long-time Brewers fans. The Brewers won their only pennant in 1982, back when they were in the American League. Harvey's Wallbangers had a parade in Milwaukee to celebrate being the AL champions and Yount ended up riding his motorcycle around the warning track at Milwaukee County Stadium.
Yount is probably the most popular Brewers player of all-time and his ride was iconic in Milwaukee. This is set to be one of the best giveaways all season in MLB. The bobblehead was imagined and created by BDA, a merchandise agency that supplies bobbleheads to MLB teams. They hit a home run here.
Go get your tickets for Sunday, Brewers fans. You get to watch an exciting game as well as receive an excellent collectible. 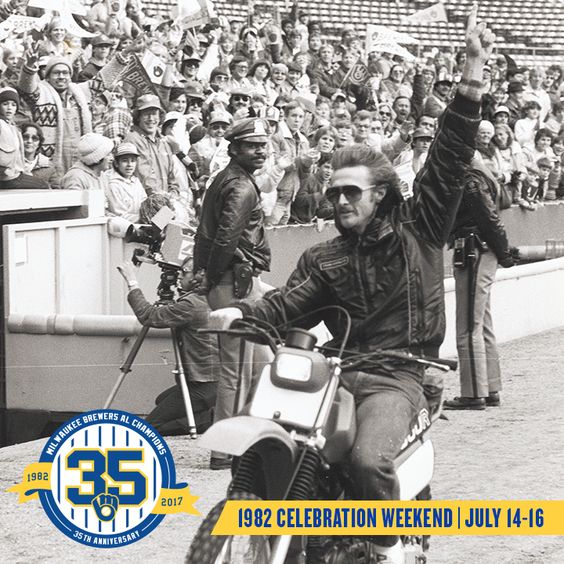