The CEO of Top 40 promo firm BDA is a co-owner in the new just-named NHL franchise, which also debuted a merch line with a charitable focus.

The Kraken has been released, it's one of the biggest stories in sports, and promotional products professionals and sweet branded merchandise with a charitable purpose are at the heart of it. 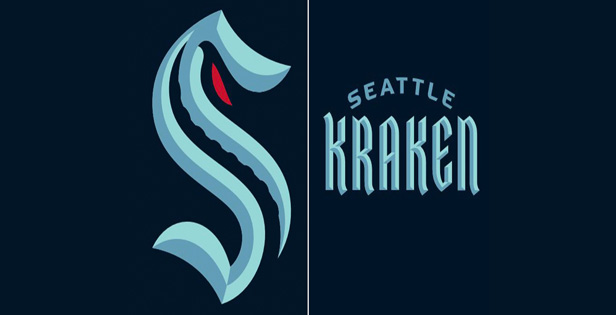 Jay Deutsch, CEO of Top 40 distributor BDA (asi/137616) and a perennial member of Counselor's Power 50 ranking of the most influential people in promo, is a minority owner in the team. He was on hand for the big name unveiling outside Seattle's Climate Pledge Arena, the venue in which the Kraken will clash with NHL rivals come the 2021-22 season.

"We have been architecting this brand for the last 18 months and it's extremely exciting to have finally 'Released the Kraken'," Deutsch told Counselor. "It's incredible to have created the first pieces of merchandise ever for this franchise."

On July 23, the team also released its first line of branded merchandise. The collection includes T-shirts, polo shirts, hoodies, headwear, drinkware, a zip pullover, a car flag, a golf jacket and a puck. A maritime blue-green dominates the color scheme. "If you're from Seattle, you think blue and green," Deutsch told The New York Times. "Like Pittsburgh is black and yellow." The merch bears the team tagline "Release the Kraken" – a phrase that's entered the pop culture lexicon after famously being uttered by actor Liam Neeson in the 2010 movie Clash of the Titans. 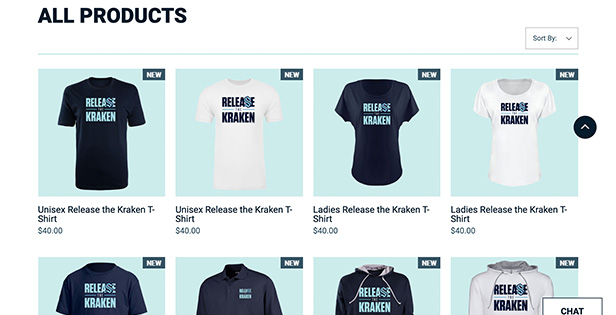 Deutsch told Counselor that the merchandise, which is on pre-order, has been selling at huge volumes. In less than a day, Kraken fans were pushing the order count toward more than 10,000. "In true Seattle fashion the community has really embraced this team already," Deutsch said. "The fans in Seattle are so excited about hockey. And that's what made it so important that we put out a great brand."

Given the need to keep the team's name confidential until the unveiling, BDA didn't begin producing the merchandise until about 36 hours before the public reveal. "No pressure at all there," joked Deutsch good-naturedly.

Both the Kraken and BDA were spotlighting the new merch collection on their social media channels.

As both posts above indicate, the Seattle Kraken will invest 100% of net proceeds from merch sales into the local community, partnering with YouthCare to end youth homelessness, along with other nonprofits serving Black, Indigenous and people of color in the Greater Seattle region.

"Community is bedrock for our franchise," said Tod Leiweke, the Kraken's CEO. "As we announce the team name, we intend to lift those in need during these unprecedented times and commit our partnership for the future."

On the team name: A Kraken is a legendary cephalopod-like sea monster of gigantic size that appears in Norse sagas, often terrorizing sailors. Seattle is historically a port city – a nautical metropolis with strong economical, cultural and emotional ties to the water.

"Our maritime city with a proud history of adventure is deserving of a hockey club as untamed as the sea herself," the Kraken say in explaining the name choice and branding. "The Kraken represents the fiercest beast in all the world. Too large and indomitable to be contained by man (or finned mammal). It instills one message in all opponents whether in our waters or theirs: Abandon all hope."

In discussing the logo, the Kraken noted the serpent-like shape of the Seattle "S," with a red Kraken eye and a "single tentacle (that) stealthily rises from below, symbolizing the deep, dark waters of the Puget Sound." The "S" element of the logo, which players will wear on their gameday sweaters, has historical hockey precedent in Seattle. The Seattle Metropolitans, a long-defunct professional hockey team that was the first U.S. club to win the Stanley Cup (hockey's top prize), wore an "S" on their sweaters. "The S on the chest is our way of honoring that legacy," Deutsch told Counselor.