Published in Promogram
By Christopher Ruvo

The United Kingdom is poised to break from the European Union on March 29.

Uncertainty over potential fallout from the United Kingdom's planned departure from the European Union (EU) is causing headaches for promotional products firms on both sides of the pond, compelling companies to take what proactive steps they can to overcome possible negative impacts.

"Brexit", the shorthand for Britain's looming exit from the EU, is scheduled to occur on March 29. The pending breakup has spawned a host of complications, including what future trade terms will look like between the U.K. and EU – an economic and political partnership of 28 European countries that's effectively created a single market, enabling goods and people to move around as if part of the same country.

As of this writing, there was no deal in place on trade and other issues. Muddying the waters even more is talk that the March 29 exit could potentially be delayed to a later date. All that has left businesses, including promo firms, in limbo.

"We're concerned for a number of reasons, but primarily because of the unknown," Jay Deutsch, CEO of Top 40 distributor BDA (asi/137616), told Counselor.

Washington-based BDA has a strong presence in the U.K., having opened an office outside of London in 2016 and having acquired two British promo firms in 2017. "It's hard to prepare for something that's unprecedented," Deutsch said, "but we're paying close attention to the situation and are working with our clients and supply chain partners to anticipate impacts. We're also reviewing all of our compliance requirements from an accounting perspective, as well as ensuring that we're well-positioned geographically to support our clients." 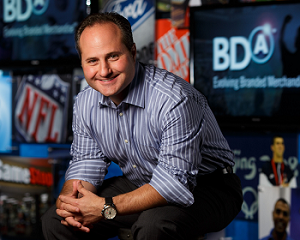 Like BDA, Top 40 distributor Geiger (asi/202900) has pushed heavily into the U.K. market. Last year, the Maine-headquartered firm acquired U.K.-based BTC Group, rebranded the distributorship GeigerBTC, and then announced the acquisition of another English distributor this year through its GeigerBTC division. "We're concerned because of the last minute nature of the decision process," Geiger President Jo-an Lantz told Counselor regarding Brexit. "We simply don't know what decisions will be made with the upcoming change."

Still, Geiger is making what preparations it can. That includes working to open a location/office in continental Europe for distribution. It also entails anticipating and prepping for potential new processes and rules for moving goods in and out of the United Kingdom. "This will potentially require additional paperwork, delays and potentially additional taxes," Lantz told Counselor.

Marc Simon offered a similar analysis. "Potential disruption and uncertainty are always a negative," the CEO of Top 40 distributor HALO Branded Solutions (asi/356000), which has offices in London and Rotterdam, told Counselor. "If Brexit goes through, there will also be added customs charges and documentation. This will increase costs to clients."

In anticipation of Brexit, HALO has been in constant communication with its supply chain, which Simon said has established necessary operational contingencies. "Our supply chain has always been based on using best practices and cost efficiencies," he told Counselor. "We've always used in-country suppliers and culturally appropriate brands. We'll continue to follow these best practices."

4imprint (asi/197045), the largest distributor by revenue in the promo industry, generates 97% of its business in North America but is headquartered in London. Executives said this week that the uncertainty surrounding Brexit is "unhelpful," but they believe 4imprint's strong stateside sales position will empower the firm to absorb any negative effects from Britain's breakup with the EU.

Nonetheless, 4imprint does foresee some potential negative effects on its U.K. business, which, when combined with sales in Ireland, reached nearly $24 million last year. Exchange rate volatility is one of a number of concerns.

"If Brexit results in any significant depreciation in the value of Sterling, imported product would likely become more expensive, potentially squeezing margins or choking demand if price increases are passed on to customers," 4imprint said in a statement.

Paul Rowlett offers a similar assessment on the potential problems a weakening pound and rising product prices could produce. "Most distributors will swallow some margin erosion to keep the client, and I'm sure the supply chain will help also, but I do feel that if prices become too high, then there is also a small chance we could see marketers cut budgets on promotional products and move to other channels," said Rowlett, CEO/founder of U.K.-based distributorship Charles Alexander Distribution, which also does business in the U.S. as EverythingBranded USA (asi/160791).

4imprint said that possible additional issues could be detrimental to its business. "Under a 'no deal' scenario, suppliers may experience difficulties with imports held up at ports and sales to EU customers amounting to around £1m per year may become subject to tariffs, additional administration and resulting delays."

Broadly speaking, 4imprint said there's potential for Brexit to cause a general economic malaise in the U.K. That could affect the company's British business. It's a concern shared by Matt Franks – CEO of U.K. distributorship Fluid Branding. Whether or not the EU and U.K. strike a Brexit deal by the March 29 deadline, "there will be political disruption, which will likely affect us in the short term," Franks told Counselor. "The short term issues affecting our own industry will be echoed across the wider economy, with individual niche industries suffering more or less than others."

Franks noted that the 2016 referendum that set Brexit in motion was split nearly evenly among British voters – with those wishing to leave the EU just edging out those who wanted to remain. A recent poll found that a slim majority of Britons now want to keep the U.K. in the EU, Franks noted. Given all that, the simple fact of the Brexit, whenever it occurs, has potential to upset a significant portion of the population. “This adds to the political instability, and with that comes market uncertainty,” Franks told Counselor. “This environment typically causes business to become cautious, and marketing departments to put decisions and spend on hold.”

Fluid Branding has dealt with a bit of that already. “To date, the only issues we’ve experienced have been purchasing decisions being deferred or occasionally shelved when a key Brexit vote is due to take place,” Franks said. “These periods have generally then corrected themselves in the subsequent days and weeks.”

To best adapt to potential future Brexit-born challenges, Fluid Branding is trying to act nimbly and with calculated forethought. The firm has a subsidiary trading company and branches in continental Europe that could prove beneficial post-Brexit. Company leaders have also engaged in lengthy discussions with their supply chain and freight-forwarders regarding stocks, capabilities and transport. “We’ve also hedged some currency, and will build in contingency for possible delays of goods crossing international borders,” Franks said. “In addition to this, we’ve trimmed sales forecasts for the months leading up to March 29, which I’m pleased to say has proven unnecessary.”

Fortunately, so far at least, the U.K. market has remained robust, according to industry executives. "The U.K. market has been surprisingly buoyant since Article 50 was invoked to trigger Brexit two years ago, and as a business, we've also outperformed the market in terms of growth," said Franks.

Things have gone well for GeigerBTC too. Year-over-year business was up 40% - far better than the 10% U.S. Geiger executives were aiming for when they made the acquisition in March 2018. "The promotional market in the U.K. is currently very strong," Lantz told Counselor. "We continue to be very positive about our two recent investments in the U.K., and are actively pursuing other acquisitions. We'll continue to invest in the U.K."

Despite the challenges Brexit presents, BDA also remains upbeat about its prospects in Britain. "We're really happy with our expansion to the region and are committed to the U.K. and Europe," Deutsch told Counselor. "London will always be a great hub for people and clients to connect, and will continue to serve as our HQ for the region."

While there figures to be short-term hurdles, over the long haul, Franks is confident that the U.K. and EU will strike a deal that benefits businesses on both sides of the English Channel, including promo firms.

"Ultimately, the U.K. and EU are such close trading partners that they are likely to come to acceptable trading arrangements over time," Franks told Counselor. "How long this takes is anybody's guess."